My first thought upon hearing that John McCain picked Sarah Palin, after I thought, Huh?, was that this election will make history. Either with a woman vice-president, or a black president. Not exactly an original thought, but that was it.

Palin seems to be an odd choice. Shores up his base, I guess. But here's the thing. Palin has not endured the rigor of a national campaign. Nor had Obama when he started, but he's a gifted politician and he's pulling it off. I think that ability is rare.

We've seen it before. The candidate starts off well, but gets worn down or tripped up and makes a mistake. A gaffe. My prediction is that Ms. Palin will have a good week or two, then implode.

Palin was wearing a plastic banana clip in her hair for her coming out appearance. I've got no problem with that, but I think it's going to fall flat with the white-shoe big city types. I suspect she's going to come across as a hick from hicksville to them.

She's ripe for the gotcha question like when Bush was asked to name leaders of certain countries, and he couldn't. I hope for her sake she's a quick study.

Ms. Palin seemed smooth in a beauty-queen on stage kind of way, and looks like she's got confidence. However, going from Alaska politics to national politics is a huge leap.

BTW, I talked to my aunt yesterday, who has lived in Anchorage for, 30-40 years, or more. She says that the town Palin was mayor actually has around 35,000 folks, rather than the 6-7,000 that's being reported. So, mayor Garrett Nancolis of Nampa as VP. How does that sound?

But, I wish her the best. I hope she does well, represents her state proudly, grows from the experience, and learns of the diversity that is America. And then returns to finish her term as Governor of Alaska.
at 8/30/2008

Talk to your aunt again. The US census website estimated a current population for Wasilla of 9800 as of a year ago. So... closer in size to Blackfoot than Nampa.

The county it's in has a pop. of 80,000. Palmer is the county seat and is somewhat smaller than Wasilla.

Hey Alan, I think McCain was so eager to steal some Obama thunder that he circumvented some major vetting. Click my name for why I think your headline may be very close to the mark.

Nice well-researched post, Sisyphus. I think you're on to something..

Needless to say I think she was a calculated risk, the downside to which could have been a thorough look at her relatively short history. But she has the potential to be a Harriet Miers or a Thomas Eagleton. Perhaps Gustav will give them some extra time to re-think. And, who knows, Governor Jindal, may end up looking like the correct pick when this is all over.

the downside to which could have been "resolved by" a thorough look at her relatively short history.

Finishing up Day 5 of your 14 day countdown. You still sticking with this prediction?

Admittedly my prediction isn't looking so good right now. I failed to anticipate that she would be sequestered. My prediction was based on people actually getting to talk to her. So, I stick with two weeks from the date she's allowed to start talking. 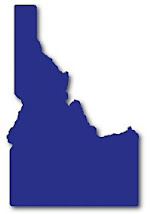 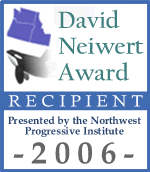